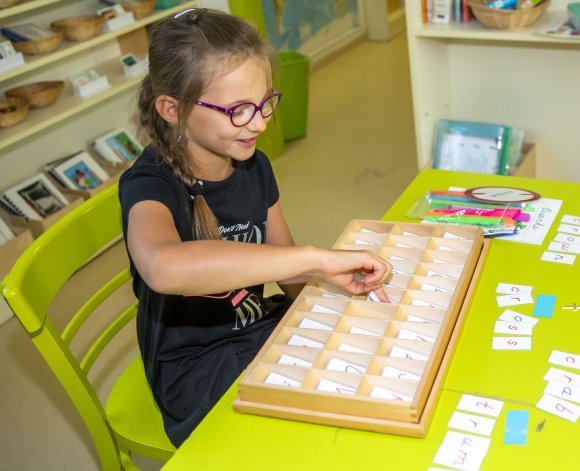 In 2010, Duhovka Elementary became part of the Duhovka Czech – English educational system, which is a comprehensive and interconnected education system which ranges from preschool age to adulthood (1.5 - 19 years). Our schools cover the full range of ages and thus help children to move smoothly from a lower to a higher level.

Duhovka Elementary allows children from 6 to 15 years of age to develop comprehensively in a prepared environment. The school is located in a quiet and easily accessible location in Prague 6. It offers Czech - English education based mainly on the method of Marie Montessori; however, the school is open to other pedagogical approaches and chooses what is suitable for the given age and the children’s needs from each of them.

Duhovka Elementary consists of an elementary and middle school. We have mixed-age classes, which supports the learning process and natural cooperation among children. There are a maximum of 24 students in each class together with two Montessori qualified teachers - a Czech and an English-speaking teacher.

We create an environment that meets the children’s natural developmental needs. Duhovka guides children towards independence, awareness of their personal responsibility for what they create. We encourage children to an active approach to life.

We place emphasis on children learning to think in context, to be able to cope with various situations and to seek their own paths and live their own lives, not the paths "prepared" by their parents or society in general. Our elementary school is followed by the eight-year Duhovka High School.

What we offer to children

Respect for the child, the teacher and the parents as unique human beings with individual rights, needs, habits and differences. We offer a safe environment where both the child and the educator can develop their personality, originality and imagination with confidence. In Duhovka, children are accompanied by a pedagogical team of people with a kind, personal and tactful approach. 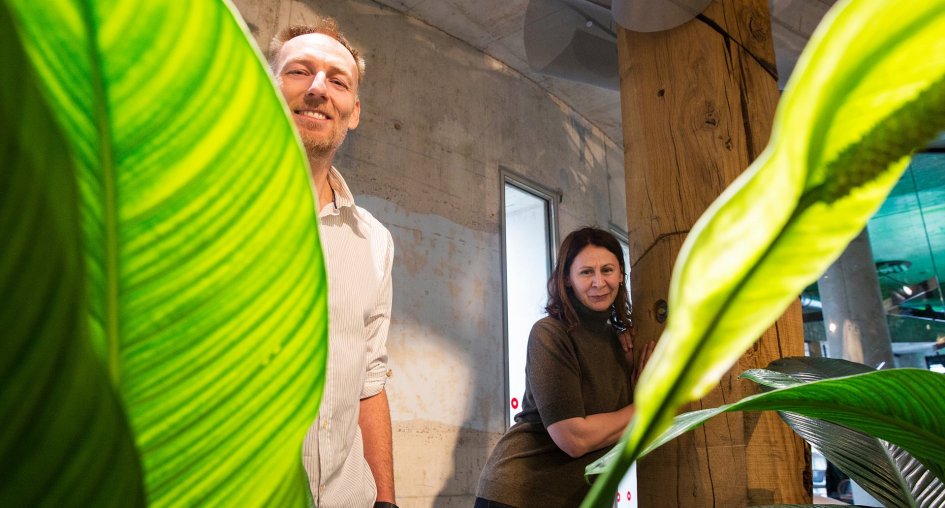 The elementary school became a natural continuation of the preschool, which we established as a Czech-English environment standing firmly on the foundations of Montessori pedagogy. We wanted it to be natural for children to communicate in both Czech and English, and to grow up with the same values and cultural background as their parents. At the same time, we liked the idea of an environment attended by children of many nationalities where they could learn what diversity offers them.

As parents of young children we soon realized that it would be of great benefit to them to continue learning in a similar spirit as in our preschool. We built our elementary school on the foundations of a progressive private school - Škola hrou, which we took over in 2010 and gradually transformed it into a Czech-English Montessori elementary school, Duhovka Elementary.

Until 2019, Duhovka was an elementary school only, followed by our eight-year Czech-English Duhovka High School. However, not all fifth-graders are ready to transfer to a high school, which is why we have expanded our elementary school and established a middle school. Now parents and children in Grade 5 have the opportunity to decide to continue to Grade 9 in the elementary, which approximately half of them do.